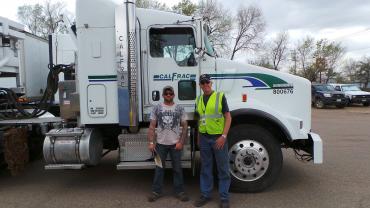 Its been a brigade of r/Trucking topics this week at CDL College. The next one focuses on the best tactics to attract new drivers and the most effective ways to retain the good ones you already have. Here are some of the top responses:

1. The biggest issue is driver pay. Most drivers are not paid for every hour they are at the employers disposal due to mileage pay. As such the companies push all of the inefficiencies of the freight systems on to the driver. Previously in the late 80s and 90s there were lots of factories closing down so there were tons of people needing work so the trucking companies had lots of desperate people that they could burn through. Now most of the factories are closed down and the wages at most companies that have driver supply issues are close to minimum wage if you take how many hours you give up to do the job and goes much you get paid. The companies that pay you for every hour you work have a line of drivers wanting to work for them. Pay for time is the solution.

2. Make it a federal crime to charge drivers to LOAD OR UNLOAD THE TRAILER. We're hauling your goods, why should we pay you at all? I know it's lumpers, and thus an external corporation, but it's still annoying that some places charge as much as $300 to load or unload a truck. Why are we paying the workers for what they should be already paid to do to begin with?

3. Pay us what we're worth, say what you mean, mean what you say, get us home on time and regularly, maintain equipment in top condition, and we'll carry you through. The rest is Federal/State driven. Parking, hours of service, lumpers, et al.

4.Bring on new drivers? Pay them better, TRAIN them better, and for the love of god [treat them well]. Who is going to want to stay when you get [treated poorly] at the beginning?

5. Money: They pay today is almost the same as the pay when I started in 98. Factor inflation and it's worse. Add in that we can burn up our hours at a shipper/receiver and get no extra pay because it wasn't technically "detention" (a BS line used many times by dispatchers).
Equipment: If you incentivize fuel mileage, or make economy a requirement, then you need to do something to offset that. Driver comfort is HUGE. If we aren't comfortable, can't sleep, too hot too cold, we get tired and can't drive. So if you don't let us idle whenever we're in the truck (to run A/C and heat) then you need to equip the trucks with APUs so we can have those things. Also, some companies (Like Freymiller) have recognized the need for really good seats for the drivers. Driver fatigue and injury (mainly back from sitting) are the #1 factor for driver health. Freymiller paid to install $5000 Bose seats in all of their OTR trucks. One work-comp claim can cost more than 4-5 of those seats.

Listen: Many drivers like to blow smoke. They love to [complain]. But you have to listen to every complaint and suggestion before acting or not acting. We're the ones on the road. We see it and do it. At least give us the courtesy of listening.

Home Time: If it's within reason... get us home! When we say we have a doctor's appointment 3 weeks from now... You should have already set that as the plan to move us in that direction. We can't just change our personal lives that easily. I'm giving you 3, 4, 5, 6 or more weeks of my time at once. The least you can do is give me the DAY I need.

6. Treating drivers as PEOPLE. We are not tools. We are not machines. We are not dots on one end of the map needing to move to the other end of the map. We are human. We have families. We have problems. We make mistakes. We have victories. Put a picture on your desk of your family. That driver is looking at a very similar photograph with tears in his eyes as he tells his kids over the phone that he won't make it home again this weekend like he promised and hears either disappointment, crying or screaming hurtful things back at him.

Have an idea? Drop us a line!